As part of our coverage of COVID-19 in Saigon, we're introducing you to local entrepreneurs and seeing how they are coping with the pandemic.

Today in the seat, we have Iny Tran owner of Royal Saigon Restaurant & Bun Bar.

German Viet Kieu Iny Tran initially came to Saigon over 11 years ago on a whim to explore her roots. She landed a job in graphic design and held numerous jobs in various industries in Saigon. From NGO sectors to website and app development before settling in the food industry.  At the end of 2015, Iny opened her own restaurant, Royal Saigon Restaurant and in 2018 opened Bun Bar and in 2020 they combined the two into one space. Iny’s goal isn’t to just make this a restaurant. She wants this to become a community space where like-minded people can run workshops and events. As she says, “when you come to eat here, it’s like coming to eat with a family.”

Hidden Saigon (HS): Can you tell us a little bit about yourself? Where are you from and what do you do?

Iny Tran (IT): I was born and raised in South Germany. My parents are from Vietnam and arrived in Germany as boat people. The village I grew up in has a very close and supportive community. I did a lot of volunteer work throughout my childhood and teenage years. I came to Saigon in 2007, close to 13 years now. I met the Saigon Network Group through Facebook, which landed me a job at PurpleAsia, a well established Brand Agency in Saigon.

In Germany, I studied Media Design and Packaging, so, in my first few years at PurpleAsia, I worked in Brand Design and Brand Identity. I started as a designer but not too long after that I was handling projects such as DFJ VinaCapital, Tetra Pak, VinaSoy, Jonathan Charles Fine Furniture. After 3 years with PurpleAsia, I moved on and worked for Jonathan Charles Fine Furniture. Although it was one of the most challenging times, I really enjoyed it. I was in charge of the Marketing, Design, Photography and Digital teams. There’s a lot of pressure in the furniture industry and at the time I was working insane hours and was also traveling overseas. That time was exciting, but also exhausting. After that, I went to work as Product Manager for Glandore Systems and VSource. It was there where I had the pleasure to learn more about talent acquisition apps and app development. During my free time, I spent it with close friends and doing volunteer work. I met the owners of Bloom Saigon Restaurant in 2007 and in 2009 my friends and I founded our own private charity named "Kickstart – Engine to the Future". Our aim is to support young children in various minority groups and students to access better education, vocational training, and studies. While I was working with Glandore Systems, I also worked with Bloom Saigon to help them open the restaurant. I also maintained relationships, such as to the former General Consul of Germany, for private catering events. At Bloom Saigon, I had the pleasure of working with a few Consulates in the city. I also worked closely with the newly formed Bloom team, which was made up of former restaurant owners and youths from the charity. We provided catering for private dinners and business events. Then in 2015, I took a 6-month sabbatical and after two months in Germany, I came back to Saigon with the idea to open a restaurant. At first, I had a tapas concept in mind, complete with full-on all-day brunches. Who would have known that 5 years later that that concept has become so hot… hehe.

An estate agent introduced me to Royal Saigon Restaurant on Bui Vien Street. Yes, you heard correctly. Bui Vien, the crazy backpacker street. I’m not sure what it was, but I ended up throwing my previous plans overboard and took over Royal Saigon. I had a strong feeling that told me to go for it. During that period, I became pregnant. It was an exhausting period - setting up the business and going through pregnancy. It seemed like everything was going well, but little did I know that in 2017, the stars weren’t good for us. The house was taken back by the landlord, as my Vietnamese Partner started to play games with them, taking our rent for themselves as opposed to paying the landlord. I found out too late and I wasn't able to prevent this from happening. However, I had a gut feeling that I needed to register the business and the brand name in my own name before we got kicked out. I moved on, found a new, more expensive place and in 10 days we moved locations. That time was really rough for me, but we made it through.

In 2017, I went to visit my family for Christmas and when I returned to Saigon, I was so upset with the air pollution and I realised what I was missing - SUSTAINABILITY.

In the past, I had well-paid jobs, yet I moved on. I had enough in my life, yet I was unhappy until I realised that I needed to build a business of my own that gives back. Sustainable businesses and lifestyles are so important nowadays. COVID-19 has shown us, like a punch in the face, how important it.

HS: What is the concept behind Royal Saigon and Bun Bar?

IT: Royal Saigon and Bun Bar used to be two separate restaurants, but over time we merged them into one. The concept is actually very simple: REUSE, REDUCE, RECYCLE. That is our mission. For example, the interior design concept is that there is no concept. We bought the restaurant, looked at the interior including what was going to be handed over to us. We re-designed it based on what was there. It’s that simple. We focus on local Vietnamese cuisine and with a few dishes that push things further. The name Bun Bar reflects what we make - homemade bun noodles infused with vegetable juices. Why is that? Because I think we have to know what we eat and how it is made. How to cook a broth without using MSG. Learn authentic cooking methods that teach the younger generation real cooking.

I work with the kitchen closely to develop the dishes and for me, it’s important that the next generation care more about what they eat. I think that we, from the 90s and the millennials, have somehow missed that part when raising their children. Fast food and snacks are easy. But what about skillsets? Along with the food, the beverages, the interior, we also pay attention to what we use. No plastic straws, no plastic bottled water and more. It’s a constant improvement you got to make. My goal was this year to install a composting system that brings us vegetables in an urban area. I also want to apply better HR practices and make more overseas connections. 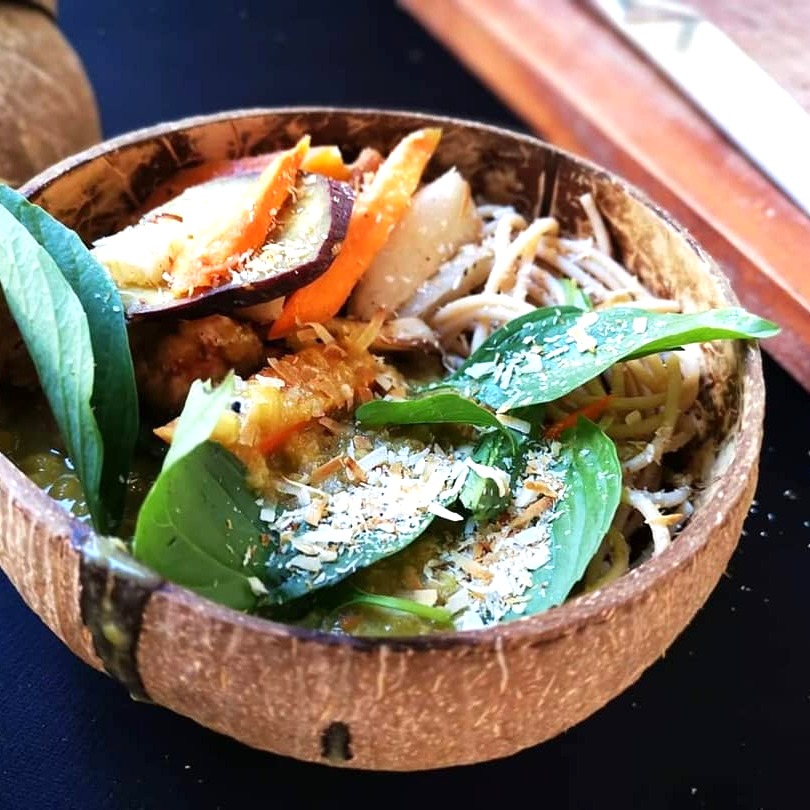 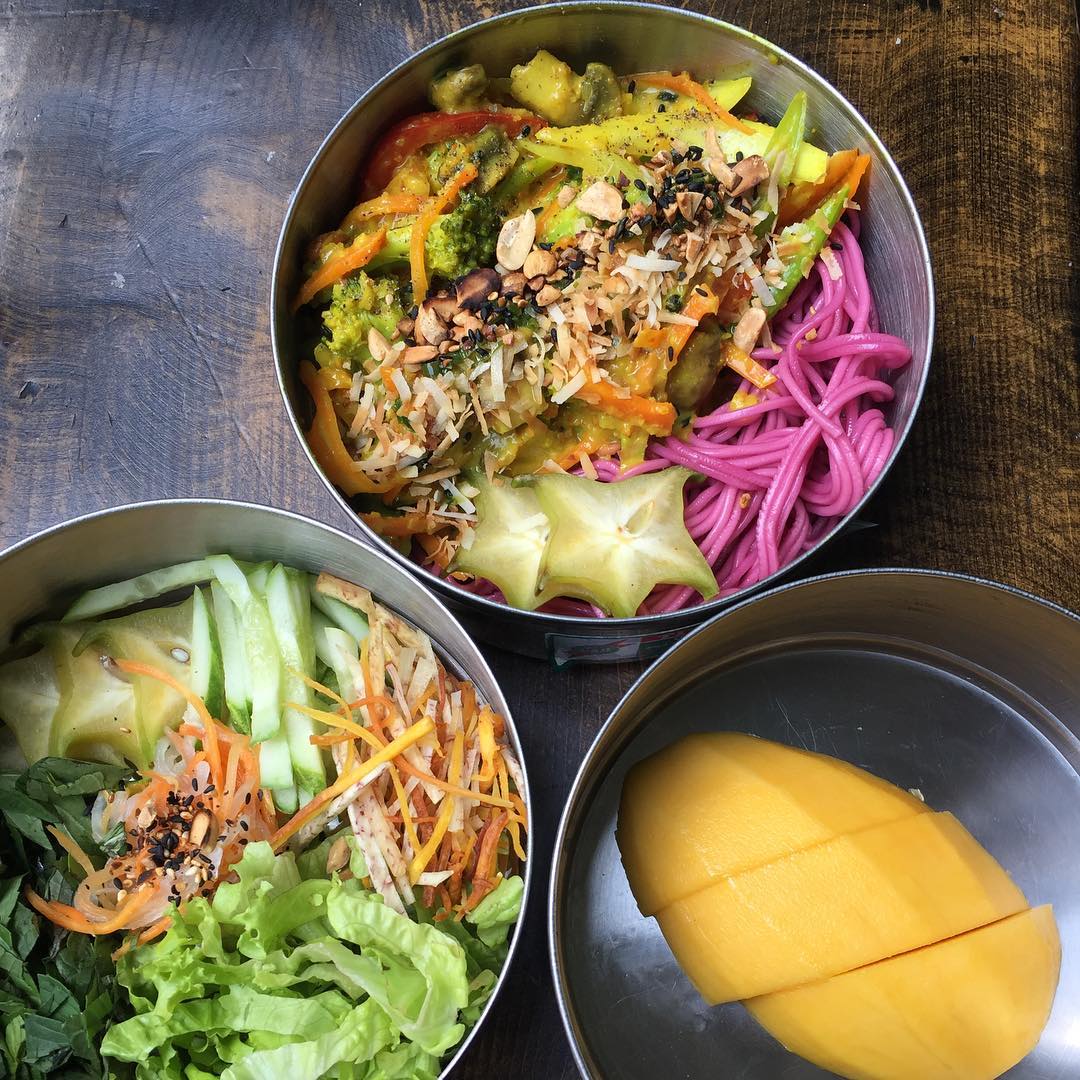 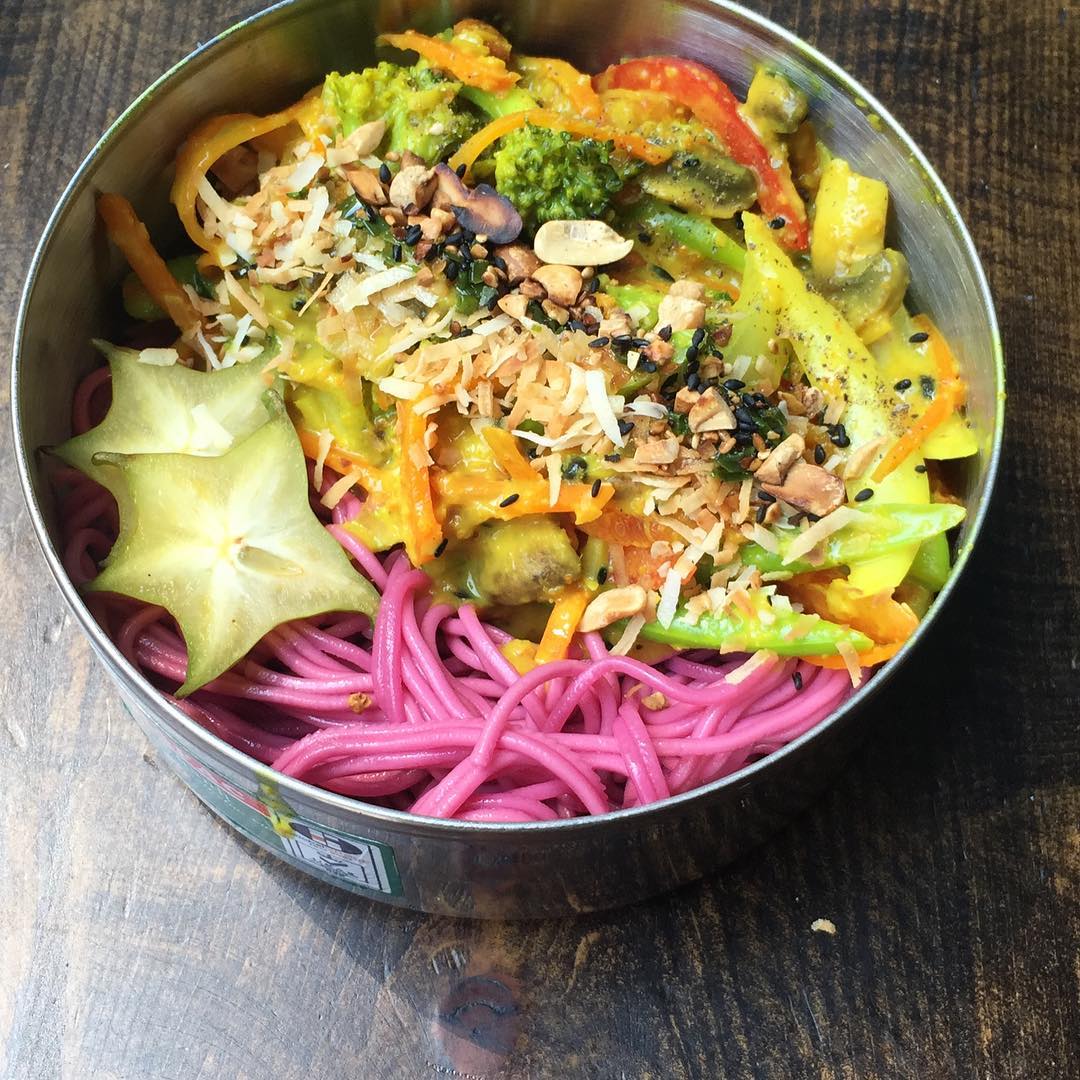 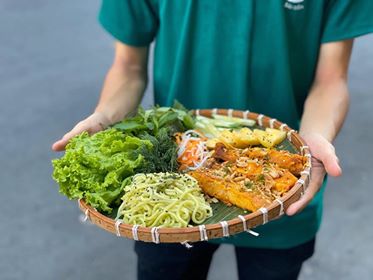 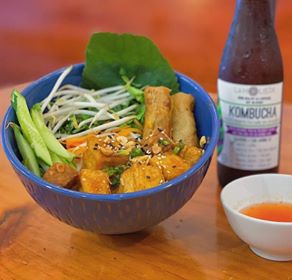 HS: Why did you decide to start Royal Saigon and Bun Bar?

IT: I realised that after working with Bloom Saigon Restaurant that the F&B industry is great to work in, to connect with people, give young Vietnamese a chance to learn English, and improve their skills. Also, I had the strong feeling that I wanted to work on my own; to achieve my own goals in giving back.

HS: What are some challenges you face as a female entrepreneur in the F&B industry?

IT: To be honest, I don’t know. Probably because I am so used to being challenged.

IT: Netflix and AFC. Everything that’s about food and education.

HS: What chef/restaurant/foodie person or place do you look up to? And why? IT: I think the local Vietnamese eateries that emphasize Vietnamese Culture because they preserve Vietnam’s culture and pride.

Buddhist Temples, because they serve amazing chay (Vegetarian) food. My great-grand aunt lives in her own pagoda and I love eating there. I have memories of when I first time came to Vietnam and spent five weeks in Mekong Delta and I didn’t want to return home.

The one that stands out to me the most is Mr. Danh’s restaurants, Quan Bui. I have high respect for his achievements. The other is Cuc Gach and then Anan for modern fusion cuisine

IT: I buy from the local markets on a daily basis, seeing what’s available.

HS: What’s your go-to quick and easy dish to make?

IT: A fresh veggie soup with fresh herbs and a little oil. My favorite is beetroot soup with a fresh olio aglio mix salad. Whatever is available at the local market.

HS: What was your reaction when COVID-19 started to hit Vietnam and the world?

IT: Well, I always had the feeling that we are about to explode. Even I did not expect this to happen in 2020. In a crisis, I think the best you can do is have positivity and embrace change.

I know that I am unable to change the world, but only my own business and myself. It’s all about what one can contribute and can sacrifice. I decided to become a vegetarian to contribute to change. My decisions are not profit-driven. I consider my business and my team as a community that I need to care for. Any changes I make to the business, I keep the team in mind. It might take time, but sooner or later it will happen.

HS: How has the pandemic affected your business? and what are you doing to stay afloat? IT: As of now we are 100% affected. We don’t make enough revenue to cover the costs. If we want to remain, I probably will end up giving up the location, If this goes on for much longer we must focus on building new customers through our website and delivery service. For me, it is important that the staff are paid. We have a bento box delivery service where we provide our customers with inexpensive and eco-friendly meals on a daily basis. We have our own delivery website and our customer service accepts orders by phone calls, emails or chats. I am also running a private fundraiser for the restaurant and I am thinking going on the "Start Next" platform to start a COVID-19 fundraising campaign. 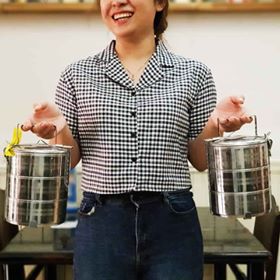 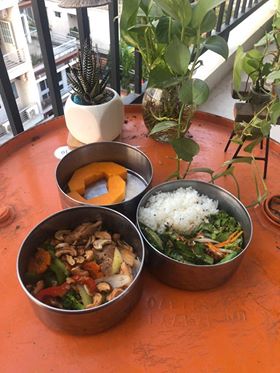 HS: What do you think is needed for the country to build up the F&B industry again, over the next year? IT: Funding from the government. So far people in the F&B who pay taxes don’t even get any funding and support. However, living in Vietnam I understand.

Vietnamese are smart and the Vietnam war is still present, as many of the older generations experienced war. I think Vietnam will recover easily as they are used to change and they are fast in adapting. Links:

COVID-19: ON THE GROUND IN SAIGON